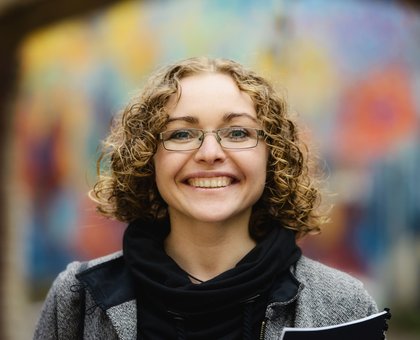 April 20 was the deadline in the online vote to select the best pieces of music written in 2019 by Lithuanian composers. Shrî by Egidija Medekšaitė came out as the listeners’ choice with 10,813 votes. This earned the composer, based in England, a vacation in the Composers’ Guest House in Druskininkai.

A total of 87 compositions written by Lithuanian composers and representing different genres, from miniatures to large-scale and interdisciplinary pieces, had been submitted for the competition. Following the vote, the jury presented the all-female list of winners in five categories bringing to the fore the composers who have been inspiring Lithuanian and international audiences for many years already. The only male winner, the original and unpredictable artist, took the young composer’s prize.

The award ceremony was conducted online, yet the prizes are no less valuable. Composers and musicologists have extended their congratulations, in written form, to all the winners. They include insights, sincere emotions and well-wishing.

Composer Rita Mačiliūnaitė, who lives in Lithuania, took the prize in the category of stage music for her dance opera Amžinybė Ir Viena Diena (Eternity and one day). The production of the Lithuanian National Opera and Ballet Theatre was directed by Itzik Galili who also took other roles in the project, including those of choreographer, poet and set, costume and light designer.
Beata Baublinskienė, musicologist and head of the jury, congratulates the winner:

“In the annual musical panorama, stage pieces often emerge as gorgeous exotic birds; they are rare, yet usually they stand out due to their otherness. They differ in the very nature of music too, because a stage piece does not end when compositional ideas are brought to fruition; the end result depends on the intentions of the whole creative team.

One of the considerable challenges that Rita Mačiliūnaitė needed to cope with while writing music for the dance opera, was the need to reconcile two different genres as the music had to be fit for both dancing and singing. As an author of several chamber and dance operas, the area she had entered more than ten years ago, she had had considerable experience and set of skills. In addition to that, her intrinsically theatrical nature has helped her to produce music that lies in line with her compositional style, yet is grander in scale, the music for the big stage.

Her artistic collaboration with choreographer, director, set designer and poet Itzik Galili has borne an unconventional fruit of mixed-genre type. The Eternity and One Day raises more questions than it gives answers. Yet from the present-day perspective, wasn’t this piece, laden with semitones, poetic allegories and inexpressible longing, a presentiment of the spiritual disarray the world has recently been experiencing?”

MUSIC WORKS AS A MAGNET

In the category of orchestral pieces, the prize went to Žibuoklė Martinaitytė, the US-based composer who earned important awards in the early 2020 too. Her Sielunmaisema for cello and string orchestra enjoyed its premiere performance 20 June 2019 at a music festival in Klaipėda and was played by Mindaugas Bačkus and Klaipėda Chamber Orchestra conducted by Hartmut Rohde.
Eglė Gudžinskaitė, musicologist and member of the jury, congratulated the composer:

“The music written by Žibuoklė Martinaitytė during the last decade works as a magnet.

The horizons shining in blue, the harmonic depths sunken in blueish haze, the sound clusters pouring out in impressionist shades – these descriptions are merely a hopeless attempt to outline the hypnotic impact that pervades you both in the concert venue, where her music first reaches you, and while repeatedly listening to the recordings. It is no wonder, then, that premier performances of each and every piece by Žibuoklė Martinaitytė have recently become the must-attend events. Over the past several years, she earned several international honours, including two gold prizes at the Global Music Awards in 2019 where she was named the best composer, while her In Search of Lost Beauty… came first in the best album category. Just a couple of weeks ago, she was granted a highly prestigious scholarship by the Guggenheim Foundation, which supports internationally acclaimed artists.

Likewise, it is not surprising that both of her pieces submitted for the last year’s competition run by the Lithuanian Composers’ Union, came strong leaders after the votes of the jury had been counted. More to that, they would both make it into the top five of 2019! Her Sielunmaisema, a meditative four-part dreamy voyage across the soundscapes of memory, was named the best orchestral piece, yet I dare say her Saudade, a symphonic composition of enthralling melancholic nostalgy, was a similarly strong candidate for the top spot.

The blue period of her music, somethin