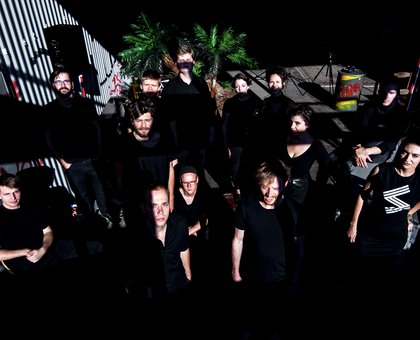 The festival runs from April 22 to May 2 and will see concerts, discussion forums and other events held via online linkup on the festival's site here.

The festival's official names is the Baltic Music Days & Estonian Music Days, reflecting the fact that it is the first time the festival will cover all three Baltic States together, following the foundation of the umbrella organization of the countries' composers' unions, the Baltic Contemporary Music Network.

ERR's Klassikaraadio will also carry concerts, while the event is open to voluntary donations.

Organizers hope that despite this restriction, availability online might give the festival a wider reach than in-person events had done in previous years.

Baltic Music Days/Estonian Music Days carries a central theme each year, with 2021's focus being "DNA", behind which lies, organizers say, our desire to know who we are and where we come from, not just genetically, but also our musical and cultural DNA. This concept also links the shared background of, but also differences between, Estonians, Latvians and Lithuanians.

The LHV Au-Tasu Award for new compositions will also be awarded, along with thematic discussion groups will also take place.

Estonia is hosting the inaugural Baltic Music Days & Estonian Music Days, with Kaunas in Lithuania following next year, and Riga, Latvia, in 2023.

While it is the first year for the combined Baltic festival, the Estonian Composers' Union (Eesti Heliloojate Liit) has been organizing Estonian Music Days, which showcases Estonian contemporary music, since 1979.